I was not aware that the kingdom of parental loserdom had boundaries quite so vast. Yesterday’s kind–too kind–responses have encouraged me to open up just a little more, and share the pathetic state of affairs that is my iTunes playlist.

(In the interest of disclosure, and further evidence of failure at modern-day grooviness, 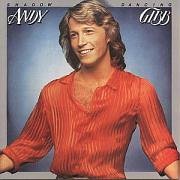 here I must reveal that I have deliberately written iTunes playlist and not iPod playlist. Nate bought me the iPod for Valentine’s Day a year ago and in that time I’ve used it twice. Well, carried it twice, used it once. But I love it, honey! Really! I’m going to start going to the gym soon and when I do, I’ll use it every day, I swear!)

Imagine that you’re sitting at my computer. I bring you a nice cold glass of water and a plate of Wasa crisps and some hummus, because let’s face it, I’m a nice hostess that way and if I have nothing else in my fridge I have hummus. You click open my iTunes. Your first impression is that the alternative genre takes up a good amount of space. I’ve got all the Clash and Elvis Costello you’d expect of a former 80s alternachick who thought she was extra alternative because she wore a rhinestone dog collar around her black converse high tops, and scribbled the anarchy A on the toes. In permanent ink.

As you continue scrolling through the list, you find plenty of standards, some inoffensive classic rock, and you’re starting to wonder what the big deal is about this playlist anyway. And then you get to soundtracks.

Nate always rolls his eyes and makes that guttural Yiddish chhhhhhh sound like he’s got a hair caught in his throat, whenever I race towards him in the Virgin Megastore waving a soundtrack (this, by the way, always occurs in the “cool bands 30-something mothers are not allowed to have heard of” aisle). I suppose the only way I have access to new music these days is if Wes Anderson finds it for me first. 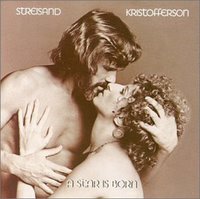 So you’re perusing my soundtracks thinking yeah, Rushmore was pretty cool, and Go! did have that great Fatboy Slim song and wait…what’s this?

You nearly choke on your Wasa crisp as you eyeball the soundtrack from The Music Man. And another from Godspell. And then Pippin. There are more showtunes than Beatles tunes and surely that breaks some kind of musical law.

And, holy mother of God, is that an actual K-Tel collection of soft rock hits from the 70s? You had heard of such an album, but didn’t know it was a real thing that real people actually owned. Sort of like a Ginsu Knife. Or a Flowbee.

Now you know you’re onto something, so you sort the list by artist, but only after petting my bulldog who is rubbing up against your pant leg where the dog hair will remain until the next Ice Age. Suddenly it all becomes clear. There are a disproportionate number of singles on this playlist. And what singles they are!

The Logical Song. Hello it’s Me. Midnight at the Oasis.

You have hit the mother load–the secret stash of Mom101’s loser tunes.

Rockin the Paradise. Islands in the Stream. Do Ya Think I’m Sexy?

These are cherished souvenirs from the Napster days. I discovered the service the week it was being shut down, which was just long enough to download all the guilty pleasure one-hit-wonders I could get my hands on. (“Hey, whatever happened to Dr. Demento?”) It’s all the music I wouldn’t have been caught dead listening to as a young 80s alternachick, but now, free from the shackles of my artsy-fartsy peer group, really enjoy in a frighteningly non-ironic way. 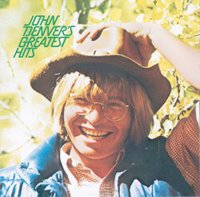 While Nate spends his stay-at-home days with the baby on his lap, introducing her to music from Spoon and the Silver Jews, I had to run to his computer just look up those names. To add insult to injury, I related this passage to him and he reminds me that these bands have all been around, like, ten years. Idiot.

Nate’s diligence is paying off; Thalia’s already showing a profound interest in Belle and Sebastian. Curses, bested by my 7-month old.

You are now looking at your wristwatch in an exaggerated way, as you prepare to tell me that you think you left the oven on back home.

{Comments Off on Come for the company, stay for the cheese}