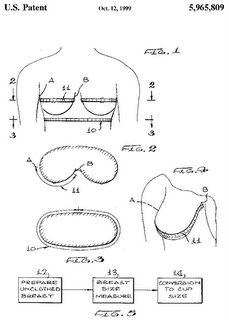 (Advance apologies to those of you who are still lactating, who have yet to lactate, or who will never lactate thanks to that pesky Y chromosome. Unless you’re into this. Ew.)

We sat in a circle under the fluorescent lights of the windowless classroom, twenty-six strangers. Each face revealed the same emotions—apprehension, nervous anticipation, panic—only in different proportions. The matronly instructor looked up from her notes.

“Let’s go around the circle and you’ll each tell us your name, a little about yourself, and what your biggest worry is regarding childbirth.” The answers were predictable.

“Labor and tearing and needing a c-section and the epidural needle and pitocin and taking care of the baby OH MY GOD HOW AM I GOING TO TAKE CARE OF THE BABY!”

I know what you’re thinking but that last answer, that wasn’t me.

My only concern was breastfeeding.

Unlike many women, I never romanticized breastfeeding. I hadn’t thought about it much at all. But when I did, it seemed less of a beautiful moment between mother and child, and more like playing host to a parasitic Mini-Me. I spent many sleepless pregnant nights readjusting the five pillows between my knees and pondering the awesome responsibility of sustaining another being solely with my body. I knew it was the right thing to do but it just seemed so complicated. Reading Dr. Sears (bad idea; very bad idea) would lead you to believe that breastfeeding requires a two-month emotional preparation period, a La Leche League membership, several pre- and post-partum classes, a certified lactation consultant booked six weeks in advance, and mastery of his patented 47-point easy latch-on technique.

Could I do this?

But then Thalia was born and the milk came in and by God, there I was with my amorphous hospital-issue nightgown pulled to one side and a 6 pound, 15 ounce baby at the proverbial teat.

(Okay, she’s got it down now. Nothing to see here. Move along.)

As it turns out, the female body was made for breastfeeding. Who knew? Of course I had a bumpy start requiring nipple shields like something out of a deleted strip club scene from Logan’s Run. Also, there was a brief but unpleasant episode of engorgement involving some triple-D sized cabbage leaves. In retrospect, the cabbage leaves were sexy in a weird, green leafy vegetable-fetish kind of way. Thank you, thank you readers of Big Vegan Jugs for voting me 2005 centerfold of the year. I’d like to thank my mom. And tofu.

Two weeks into it, we were in the groove. My body was mixing up a bottomless lacto-cocktail and Thalia was imbibing with gusto. To my surprise it wasn’t bad at all. The convenience! The bonding! The convenience! I breastfed where and when it was called for–in Barnes & Noble, on the benches of the Brooklyn promenade overlooking the East River, in my sister-in-law’s living room in front of her lovely but conservative Southern father. The poor man hasn’t been the same since. I should really send a fruit basket.

My pièce de resistance was a cluster-feeding spectacular amongst the hallowed burgundy booths of Balthazar, where the celebrities deign to consume towering raw bar platters and steak frites alongside mere mortals. Oh it was a beautiful sight. I wore white. Thalia wore pink. The open-mouthed Eurotransplant couple facing us wore black. A little milk with those Bluepoints, chère?

We were having a grand old time that summer, Thalia and me and my enormous boobs. We all got together ten, twelve times a day and it was as though nothing could break up our happy little foursome.

Then I went back to work.

Hauling that mad scientist Medela contraption around was the least of my concerns. (Although every time I attached the cups and cranked up the juice I felt like screaming “On my count! One, two, three…CHARGE.” ) What I could not handle was squatting in a cramped bathroom stall in the Orlando airport for forty minutes with a manual pump sadistically tweaking my nipples raw, while the most horrific sounds and smells drifted my way from the adjacent commodes.

On the second business trip I pumped in the same airport bathroom only for half the time. On the third trip I only pumped at night in my hotel room. On the fourth trip I brought my pump but never took it out of my bag. On the fifth trip I left it at home altogether.

I’m happy I weaned. Is it okay to say that? I’m saying it.

To all those well-intentioned people who assured me that breastfeeding would make those 45 pounds slide right off like butter on a hot biscuit–pffffft. I experienced no such thing. But now having ceased nursing, I’m finally back on track to stuffing my hips into my neglected prepregnancy clothes. I’m walking a little taller these days, holding my head a little higher. It’s amazing how much self-confidence is gained from the realization that I am no longer in danger of knocking small children to the ground with my ass as I pass them on the sidewalk.

And above all, I am so very happy that the stained, elephantine bras I sported for too many months are crumpled up beneath the rest of the maternity clothes in a plastic Duane Reade bag in the back of the closet.

Of course I miss the sweet, still moments alone with Thalia. I am grateful to have been bequeathed so much uninterrupted time where I could just smell the top of her head or study the curve of her shoulders or hear her make her little newborn squeaky-toy sounds as she ate. But in its place, I know there will be other moments. There always are.

As for you Dr. Sears, we need to have a little sitdown, just you and me. No weapons. This time.

For the excellent comments on this post please visit the same post on my old blog. One day I’ll figure out how to important them. Sigh.

{Comments Off on A Mighty Wean}