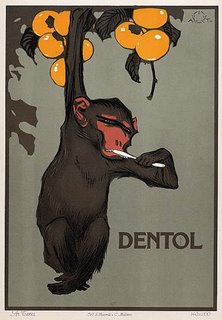 “Oh yeah,” Nate said. “I totally forgot to tell you. I noticed it yesterday,”

“You forgot to tell me that her first tooth was coming in? How could you forget that?”

I grabbed the baby from his lap and slid my finger between her lips. There it was, a single unmistakable shard erupting from her lower gums.

“I heard it clank against the glass of water yesterday,” he said.

“I just can’t believe you didn’t say something.”

It blows me away how offhanded Nate can be sometimes. When Thalia has a first of any kind, I’m on the phone yapping about it in an obscene amount of detail: First time eating solids, first time surviving a fall off the bed, first time wearing her President Poopyhead t-shirt. No matter how insignificant, every milestone is conveyed to my speed dial list with the kind of enthusiasm usually reserved for accomplishments like first Super Bowl ring. Or first walk on Mars without a helmet.

Between calls, my time is spent shaking my head in the baby’s direction, tears pooling in my eyes as I repeatedly whisper, “I can’t believe it. Your whole fist in your mouth. I just can’t believe it.”

Rest assured I’m not one of those mothers. You know, the ones who think their child is the first in the world to grow hair. And wouldn’t you know it, she just went and grew that hair better than any other child ever could have given the chance. 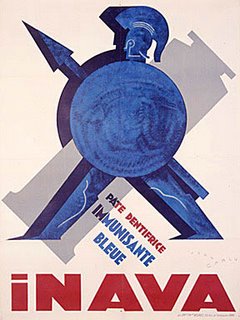 I also assure you I’m not bragging.

Okay, a little. Sometimes. But mainly what I am is awestruck.

I’ve tried to step back and assess what accounts for my disproportionate excitement for the whole child development process, especially since Nate teases me about it to no end. I’m certain it stems from a long-held tenet that I might never have children.

For a good long time, procreation was a distant second to career accomplishments and friendships and passionate one-night stands with cinematographers and handwritten thank you notes from the gay shoe salesmen at Jeffrey (if not the cinematographers). Even into my thirties, that life was satisfying enough. Then I met Nate. Sweet, soulful, amazing Nate, the first boyfriend ever to perceive in me what no other had:

He told me that I would make a good mother.

It’s amazing how sometimes we cannot see all of our potential until someone else–someone who hardly even knows us at all–turns our heads and forces us to confront it.

Even now, eight months after I waddled out of my hospital bed for a diaper-changing lesson from Nate, I continue to be dumbstruck at my capacity to mother. I am still processing the fact that I grew a human being in my body for nearly forty-two weeks, then ejected her into the world where she continues to grow, right in front of my eyes. Thalia’s firsts are my firsts too.

So if you ever find yourself on the receiving end of a call from me and I’m squealing, “Thalia clapped!” or “Thalia fed herself!” or “Thalia figured out how to rewire the cable box so we get Showtime for free!”–just know I’m not looking for praise. I’m not expecting you to suggest that she is gifted and destined to complete her dual masters before she is old enough to drink.

I’m simply asking for you to pinch me and tell me that this is all real.

Did I mention that Thalia has her first tooth coming in?

{Comments Off on Going Dental}