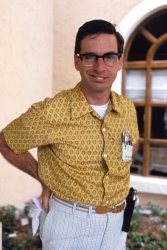 The moment I knew I could fall for him was very specific. We were leaving my apartment for a change (ah, remember those early days of lust?) and he turned to me and said, “Oh I get you. Everyone thinks you’re this cool, together, sophisticated woman but you’re not. Deep down you’re just a huge nerd.”

And I said, “YES! Yes, that is exactly what I am. Hooray, someone who finally gets me!”

To this day, Nate makes an extra special effort to remind me exactly what a dork I am for any number of reasons. Often it’s the music I listen to. My bouncy 80’s compilations–some still on casette. Booya!–can’t hold a candle to Spoon or Steve Malkmus or I’m so Cool You Can Only Buy My CD on the Streets of Prague at 2 am, or whatever it is booming out of his fancy laptop speakers.

Sometimes he digs on me for the fact that I choose a crowd-pleasing chick flick on those rare movie outings, in lieu something big-budget and actiony, rife with product placement and snappy catch-phrases. Sometimes I just like to see women talking. About their feeeeeeelings. Deal with it.

This week I’m being hassled for my TV watching behavior.

First, I must say that it was Nate himself who got me watching America’s Funniest Home Videos. Pre-Nate, I wouldn’t have been caught dead flipping to the uncomic stylings of Tom Bergeron and his staff of C-level gag writers on a Friday night. It was all so very...red state. But if my indie comedy-loving partner vouched for it, I was willing to give it a shot.

As it turns out, it’s actually pretty entertaining to watch men getting hit in the nuts with softballs week after week. Who knew? So the way some couples have “our song” or “our restaurant,” soon AFHV became “our show.”

Well apparently I am the worst kind of nerd to watch this kind of show with because, as I have recently learned after all these years, I have the bad and decidedly nerdy habit of giving the play-by-play, out loud, after each scene:

Oh no, he fell off his bike into the pool!

Ha, that dog won’t stop chasing his own tail!

How funny, he just made his stomach sing Oh Danny Boy!

Nate’s like, “um, yeah I know, I’m sitting right next to you watching it too, remember?” But I just can’t help myself.

No way! He waxed his underarm hair!

Hey, that baby put blocks in his diaper!

Ha! He got hit in the nuts with that softball! AGAIN!

If we ever get married, I’m totally changing the vows so that he has to promise to love me despite my inner nerd. And if he doesn’t? At least I’ll always have a firm date every Friday night with Tom Bergeron.

{Comments Off on Revenge of the Nerds Part XXIV: The Nerds Watch TV}