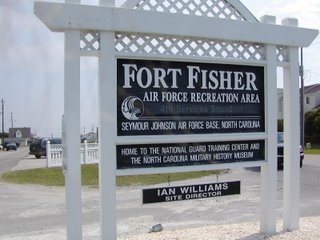 Where Nate’s family stayed. But wait…what’s that name again? 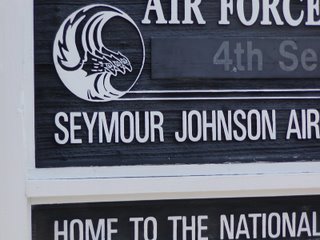 Inlaws get a bad rap. A mere mention of spending my vacation with them—okay, twenty (20) of them—garnered quite the assortment of “poor baby” comments on this very blog.

Well don’t be projecting your own inlaw baggage on me! (Said while raising right hand and snapping fingers from side to side like the lame white woman that I am.) While there was indeed a modicum of family politics involving new wives versus ex-wives and some really nasty leftovers that we were “supposed” to eat instead of the freshly grilled hot dogs and hamburgers, overall I would deem the week a huge success. The only person who might disagree is the guy I called Jason all week, when in actuality there was no such person with that name.

When I first met Nate’s family in Utah four years ago, he told me they were anxious; they thought they were meeting Carrie Bradshaw. I’m guessing he oversold me just a bit, and so they were expecting some sophisticated, big-city, overeducated glamour girl as opposed to the goofball who chews with her mouth open and does a victory dance around the kitchen table when she rolls a Yahtzee.

He may have undersold them just a bit to me as well: Army brats? Check. Low-paying waitressing careers? Check. Teen pregnancy? Check. It starts to form a certain picture in one’s head. Particularly one (me) who was never exposed to people all too different from one’s (my) own relatively privileged background.

And yet, they’re each bright, conscientious, funny and gracious. I’ve never felt uncomfortable around Nate’s mother and three sisters, even for a minute.

My relationship with Nate’s family has evolved in perhaps a different way than most. I think in most cases it all starts with a wedding–one big weekend to cement the joining together of two clans. Instafamily! Just add a big poofy white dress and stir. Having yet to participate in such a ceremony, I’ve had to rely on a more organic pace at which to get to know my partner’s family. We’ve tried to make the time, if only once a year, to get to know one another. To circle each other, do the proverbial sniffing of the butts and say, yeah, I think this just might turn out to be a good thing we’ve got going here. As it turns out, we do.

(Well at least I think so. For all I know they’re all lying around on the couch right now discussing that bitch who ate the last King Kone out of the freezer.)

This week however I fell more deeply in love with them as I watched the way they cared for one another’s children. There was always an uncle, a cousin, a grandma to wipe popsicle stains off cheeks or rub suntan lotion onto pale little arms. Uncle Chris could administer bubble baths. Grandma could feed them dinner. Aunt Jessie could sing the kids to sleep. There wasn’t a moment’s of hesitation to tell Nate and me, “leave the baby. You two go to the beach.” Or “here, pass her to me. You finish your breakfast.” Nate’s siblings each took care of my daughter as if she were their own and not just because she’s the cutest, happiest, most delightful baby on the history of this planet or any other. A bystander might not have even known whether Gwen belonged to Lexi or to Emily, or whose son Brodie was. It didn’t matter. It only mattered that the children knew that they were safe and loved in any arms that reached for them.

I don’t yet have enough distance from the week to be able to fully articulate just how magical the experience were. But I can say with confidence that it was the best of what family can and should be.

Now none of this is any different from how my own family behaves with my daughter. (So hold your horses there, Aunt Fredda! You took excellent care of Thalia back in LA and I’ll fight to the death anyone who says differently.) But for some reason, I just didn’t expect quite so much devotion from a family not my own. For the first time, I felt less like “Nate’s girlfriend” and more like a fourth sister.

This is indeed my family, too.

——
On a separate note: I’ve received a gently scolding email from a lovely friend in the Carolinas regarding my previous posts. I can only assure you I’m an equal opportunity offender. I’ll just as soon make fun of the synthetic boobage of LA, the frightening driving habits of my New Jersey neighbors, and the lovely smell of urine boiling on the subway platforms in my own beloved hometown during the summer months. Please take no offense, North Carolinans. I got no beef with your lovely state per se, since…

Did someone say beef? 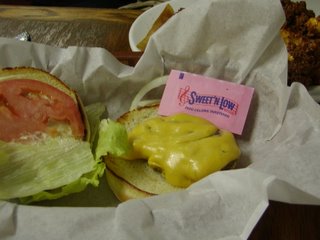 {Comments Off on In Defense of Inlaws (No, that’s not a typo)}