1 in a possibly infinite series.

As long-time readers may know, my musical tastes tend to be stuck somewhere between 1975-1986. And yet, I am somehow responsible, as part of my job, for finding music (or finding the people who find music) and putting it into commercials.

I can only give you my word that I do not impose on the American television-watching public that which I impose on my own household. While Journey may get a bit of play (shut up) on my iTunes, 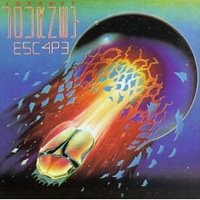 I would never lay it into an ad except with tongue planted firmly in cheek. Don’t Stop Believin‘ has no place in some heartfelt commercial about believing in the power of Charmin. Or whatever.

In fact as any of my co-workers can attest, one of my personal most reviled advertising tactics is the use of song lyrics that “say” your strategy or product message. One needs an exceedingly delicate touch to pull this off, which is why it works one out of every bazillion times.

Heinz did it with Anticipation. Nike did it with Revolution. But when Rolling Stones classic Let’s Spend the Night Together is reduced to a plea from Sheraton to book a room for your next convention, I throw up in my mouth just a little.

This sounds a tad harsh from me, perhaps. I’m really not a snarky bitch, as fun though it may be to play one at times. In fact, I hope I’m fairly sensitive when it comes to critiquing commercials (besides my own which are always fair game). I know as well as anyone that it takes hundreds of people to make a great ad, but just one to make a bad one.

In other words, there’s always some bonehead along the way, generally on the client side, who dampens your dreams of fame and glory by asking you to put his talentless kid in the ad; to put your half-million dollar production in the hands of his best friend, the budding director; or to use a sitcom star who has as much to do with the brand as Marlon Brando has to do with soy cheese–and oh by the way, this actor wants to help “write” the ad. And he wants to perform it in drag.

All of these have happened to me. And worse.

Do the words Zestfully Clean mean anything to you? Back in the beginning of the ol’ ad career, I was asked to turn that jingle into a reggae arrangement. For the black folks. Because you know how the black folks like the reggae.

So let’s just say there are a lot of talented copywriters and art directors out there who no more want to be producing the garbage that makes it onto tv than you want to be watching it.

But when an obscene advertising budget compells a copywriter to buy a wonderful song and turn it into something crude and commercial, I find it hard to hold my tonge. 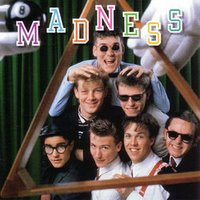 I am sad about the deterioration of the alternaclassic Our House by Madness. Once it was a quirky little tune back from the early days of MTV. Today apparently Our House is what they sing when they spontaneously break into song around local firehouse, because they’re Just That Excited about drinking Maxwell House coffee.

I am also pretty miffed about Ritz Cracker’s use of the Modern English classic, I’ll Stop the World and Melt With You. This song used to bring me back to Freshman year in high school. To slow dances with small sweaty boys who wanted to feel my non-existent boobs. To Nic Cage at his most totally rad like omigod. 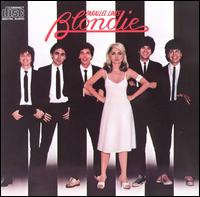 And now? I think of dancing cartoon characters enjoying a high-sodium Nabisco product.

But I am nearly distraught at the Dorito’s Guacamole Chip commercial, which depicted a woman who, One Way or Another, was going to get her get her get her get her Dorito’s off the top shelf of the supermarket. Why, Deborah Harry, my former idol? Whyyyyyyyyy? Ceratainly this pains you as much as it pains me.

I can’t change the world. I can’t even change the advertising world. But maybe, just maybe, I can guilt a single copywriter into reconsidering licensing Billy Preston’s Everybody Wants You to promote Applebee’s new chicken fajita salad.

I do it for my daughter, truth be told.

Because one day I’m going to be humming a song in her vicinity. It will be something with great meaning to me. Something that once shook me to my core, something with the ability to careen me back in time to a place of profound pain or love or angsty teenage rebellion. And upon hearing this, Thalia will say,

And I will cry.

{Comments Off on On Behalf of My Entire Industry: Um, Sorry.}