There’s a woman I used to know who “had” whatever ailment was on the news that week. When an upturned furniture tack scratched her leg in a restaurant booth, she turned my birthday celebration into her own little drama starring her, as the tragic, tetanus-afflicted heroine. A little nausea? Salmonella, of course. After a summer in Fire Island where the deer and their accompanying ticks march right on up to your doorstep, she bemoaned her myriad Lyme disease symptoms well into the following year. At which point her disease magically transformed into West Nile virus.

No doubt wherever she is today she’s got a bad case of avian flu with a side order of mad cow. 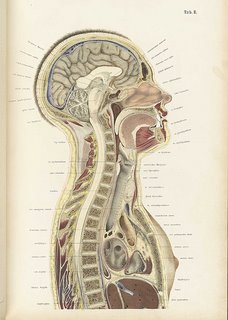 In fairness I think that even levelheaded people have one disease they’re always certain they have: brain tumor, blood clot, the Plague. Nate thinks he has a weak heart. (He doesn’t.) For me, it’s toxic shock syndrome.

I don’t know what it is about TSS that captured my imagination as a young, tampon-using ingenue; I think it is to an adolescent girl what SIDS is to a new mother— inexplicable, indescribable, completely unlikely, and wholly terrifying.

So when I woke up Sunday morning feeling less than wonderful, I did what any thinking person with a computer does: I ran to my computer to self-diagnose on WebMD.

I couldn’t figure out exactly how to describe my symptoms, there being no handy little check-off box for kinda tingly, skin-crawling feeling that radiates up your body, with dizziness whenever you stand up or move or sit or lay perfectly still and just move your eyeballs to the right. So I just typed in toxic shock syndrome figuring I could back my symptoms out of my diagnosis.

Page one: A WOMAN WHO HAS RECENTLY GIVEN BIRTH IS AT INCREASED RISK…

That was all I needed. 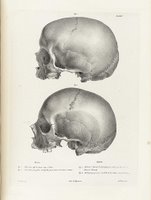 My mind flashed forward to me setting up a tripod in my living room, vacant smile pasted on my face as I prepare to record a video diary for Thalia to watch after I’m gone. (This is something I saw on some newsmagazine show when I was pregnant, a story inspired by some bad, Mommy’s Gonna Die, tax write-off of a movie. The film looked unwatchable but the story of the real mother branded itself into my brain like some fatal car wreck on the Bruckner. Brrrr.) I tell her to study hard in school, and remember to call her grandma and, and…dammit. I’m not good with those little motivational sayings you find on needlepoint pillows. All I can think of is, “So long, and thanks for all the fish” which of course makes no sense in this context at all.

The more I’m reading WebMD, the more it’s confirming my worst fears. The vertigo is getting more intense as I home in on phrases like SERIOUS, LIFE-THREATENING SYMPTOMS and GET MEDICAL HELP RIGHT AWAY. I shakily click through to the symptom checklist and prepare for the worst.

Fever over 102?
Check. Well, possibly. I took the thing out of my mouth pretty quickly after Nate pointed out it was Thalia’s rectal thermometer.

Vomiting? Diarrhea?
Well, no. None of those.

A rash resembling a sunburn?
Um…

I have an inner ear infection. It doesn’t appear to be fatal. But the U2 song stuck in my head is killing me.

One thought on “It’s Not a Tu-mah”