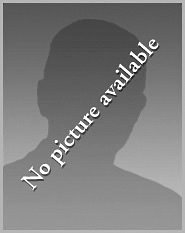 A few years back, while listening to Kiss From a Rose for the 45,395th time, I opened the Seal CD case to try and determine whether the line was “kiss from the grave” or “kiss from the grey.” Instead of clarity on the lyrics (dammit!) I found this bit of commentary:

One of the most popular questions people seem to ask is “Why don’t you print your lyrics on the album?” Well, the answer to that is quite often, my songs mean one thing to me and another to the listener… How many times have you fallen in love with a lyric that you thought went, “Show me a day with Hilda Ogden and I’ll despair,” only to find that it went “Show me a way to solve your problems and I’ll be there.” I guess what I’m saying is that the song is always larger in the listeners’ mind because with it they attach imagery which is relative to their own personal experience. So it is your perception of what I’m saying rather than what I actually say that is the key.

This gives me a perfect understanding of what Heidi Klum sees in Seal. It also rather aptly explains why there have been no photos of me on this blog to date.

Every time I consider posting a photo of Thalia and me together, I hesitate. Not for any sort of anonymity reasons–plenty of “real life” friends have this URL. The truth is, I like being a voice. Just a voice. A voice free from any preconceptions of what a person like me should be saying or how I should be saying it. A blank canvas onto which any reader can project his or her own imagery. It may be the one time in my life that this is possible.

For all you know, I’m mousey and invisible (I’m not). I have big hair, big nails, and a big Long Island accent to match (I don’t). I’m a petite, pasty little thing with a black Theda Bara bob (nope) or a six-foot amazon tanning booth blonde with boobs that point to the sky (not even). I have a hump (hey!) or a full-grown moustache (watch it there…) with two curly chin hairs and a bald patch over my left ear. (Now that’s enough! And just when I thought we were getting to be friends.)

And I wonder were I to actually be any of these things whether it would color your impression of what I have to say here each day.

It might. And maybe even in a good way.

I love having a picture of David Sedaris in my head, so I can place a face with his voice as we play the audio book of Barrel Fever on long car rides. In fact if David Sedaris looked less like David Sedaris and more like Viggo Mortensen, I’d find his memoirs less accessible. I’m equally glad I can picture Paul Krugman or Anna Quindlen when I read their editorials. Even Ann Coulter, if only so that when I see her in person, I can be sure to accidentally run into her while holding something sharp.

And God, do I love knowing what Sweetney and Amalah and Alice look like.; they all look exactly as they should.

But I also know that our impressions of writing can be skewed negatively based on our perception of the writer. My tenth grade English teacher, after reading my Julius Caesar analysis, wrote SEE ME. PLAGIARISM? over top of the essay and handed it back without a grade. Apparently something so coherent couldn’t have possibly come from the attention-deficit case in the back wearing the army jacket and the rhinestone dog collar. (Ha! Coherent–that was one of the SAT words we studied in your class, Mrs. Archer, you old bat. See, I was paying attention. At least when I wasn’t passing notes about your shameless flirting with Jimmy Glasheen.)

I admit to having my own biases about writers based on their looks. I’m less apt to read a business blog from a man who looks like he’s never had a haircut costing more than $6; nor would I take fashion recommendations from woman in a scrunchie. I confess to a certain lack of interest in very young, very blonde bloggers, even before I realize they use no punctuation like this and write run on sentences like this and spell things rong like thiss and write i like i and not like I. Something about their snapshots (generally accompanied by three friends, each of them with that glassy-eyed, six-too-many-White Russians look) tells me move along, nothing to see here. Judgmental? You bet. Sorry about that.

So maybe you’ll look at a picture of me and also invoke your biases. You’ll think pfffft, she doesn’t look funny at all. Or hmm, I thought she’d be skinnier/fatter/taller/prettier. Or harumph, I would never like her in real life because looks just like that loser whose ass I kicked in junior high.

But I’m realizing that that doesn’t really matter. Even while I do occasionally cling to the fantasy of being all things to all people, I am what I am what I am. And so I’m unmasking. Less for you than for me.

It may seem counterintuitive in the blogworld, but I believe disclosure is liberating. It compels me to be as truthful as I possibly can. And this, as I see it, this is the first obligation of the memorist.

Besides, the BlogHer conference is coming up. Knowing me, I’ll have too many Coronas and not enough mini quiches one night and end up on dozens of blogs as That Girl in That Photo, belting out Copacabana on the bar with a shoe for a microphone. I’m just trying to beat my snap-happy cohorts to the punch and manage the spin. First impressions go a long way.

I hope this doesn’t change things between us. 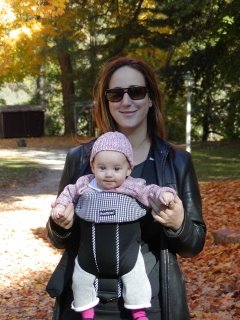 {Comments Off on Mom-101, International Woman of Mystery (Or maybe she just has a really big hairy mole)}