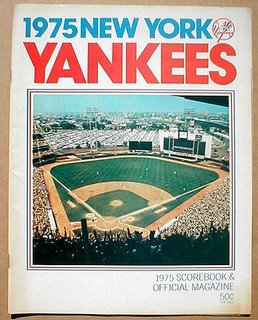 “What did you think of my blog post yesterday?” I asked my dad over the phone. “I mean, you didn’t say anything about it all day. Did you read it?”

My father and I are extremely close, and we speak sometimes ten times a day. We call to trade industry gossip (he’s also in the New York advertising world); to share color commentary on TV shows (Hurley did NOT just say that); to point out very important breaking news stories (Did you see Katie Couric’s new haircut? Horrible!); to rejoice in baby milestones (she said “ba!“); to notify one another about celebrity sightings (Liv Tyler in the bathroom of Bliss! I heard her pee!); or sometimes simply to say hi, just checking in and I’ll talk to you later. I know him I think as well as a daughter can know a father. And while gaps in the conversation generally mean he’s doing four other things while on the phone with me–hm, wonder where I get that habit– this time I wasn’t so sure.

“Okay. Because I thought I said some nice things about you and, well, you didn’t respond so…”

“I wouldn’t call myself a feminist.”

“Oh,” I said. This was not nearly the response I was expecting. “Oh. Well…okay. Oh.”

Even my father, my sensitive, politically progressive, loves his family so much that he tears up every time he reads his Father’s Day cards father–didn’t want to be called a feminist. Phooey, get that icky label away from me! Begone with you!

His rejection of the designation, one I had meant as the highest praise, hit me hard. In those few seconds while we hung silently on the phone, I considered many possibilities, none of them good. Was I too quick to label him? Was I giving him too much credit? Did it embarrass him somehow? Did this have something to do with my mother, even 28 years after their (pretty damn bitter) divorce? Or worse yet, oh my God–did I make something up entirely for the sake of a compelling sentence in an essay?

Why did I call him a feminist, exactly? I mean, he never used the word himself. We’ve never even discussed it. At the time it seemed perfectly suitable as I assessed his attitudes towards me and women in general. Now, I wasn’t so sure.

“But you are, don’t you think?” I asked. “I mean based on the way I defined it, don’t you think you are? You didn’t march or anything, but the way you brought me up…you always encouraged me and pushed me and never thought twice about bringing me to a baseball game with Jeff, or…”

“How long is a baseball game?” my dad interrupted, chuckling.

I knew just what he was talking about.

When I was seven and Jeff was five, my dad took us to our first Yankee game. I admit I was probably more excited at the prospect of eating hot dogs and Cracker Jacks AND ice cream, but still. Both Jeff and I brought our baseball mitts, as we had been told that fans do, but my brother took it to the next level by sporting full Yankee regalia–the jacket, the shirt, the cap with the perfectly creased lid. Adorable, of course. Who can resist a pre-schooler in full Yankee gear? (No comment from you, BoSox fans.) Apparently not the kindly old stadium groundskeeper.

In a scene swiped right from the fantasy of every American kid in history, this offical-looking man on the field spots my brother out of tens of thousands of people in the crowd, and waves him down toward the dugout where he’s standing. The man rests his elbows atop the stadium’s blue field wall and wipes his brow.

“You caught a foul ball in that mitt of yours yet?” the groundskeeper asks Jeff.

“No,” my brother answers, wide-eyed.

“Then I’ll tell you what,” the groundskeeper says with a wink. “If you haven’t caught a ball by the seventh inning stretch, you come up and see me in my office and I’ll see what I can do about it.”

Well the seventh inning rolls around and wouldn’t you know it, Jeff has not yet caught a ball. And so we scurry on into the bowels of Yankee Stadium.

“Stand right there,” the groundskeeper tells my brother as he backs away from him. “Now hold out your mitt,” he continues, “and now…catch!” And with that he tosses my brother a genuine, honest-to-goodness, real live Major League Baseball, right there in Yankee Stadium.

Cute story, right? But it wasn’t. You see, I was there too. Remember me? Yeah, me. Seven year-old me. I had my mitt. I had my scorecard. But I was just…the sister. I didn’t exist to that groundskeeper. He never looked at me, never acknowledged me, never smiled at me with that twinkle in his eye.

He certainly didn’t let me catch a ball in Yankee Stadium.

“You were so furious,” my father reminded me, “I had never seen you that mad. And I felt terrible. I mean I was delighted for Jeff, but my heart just sank for you. And we went back to our seats, and you dug your nose in Mrs. Pigglewiggle’s Farm, and you pouted the entire rest of the game. You wouldn’t look up, you wouldn’t do anything. You just read that book, incensed, until the game was over and then stomped on out of the stadium.”

“Yeah, I still remember that,” I said, still feeling the indignation all these years later.

I hereby confess that I was not correct in my assessment of my father. I misspoke. He isn’t a feminist at all.

But he did give me all the tools I needed to be one myself. I’ll settle for that.

{Comments Off on And the discussion continues…}