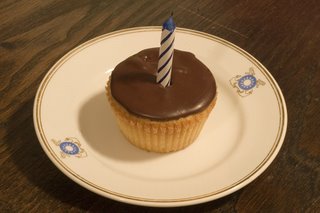 Hello. Today is my birthday.

Which means your knee-jerk response is probably something like, oh, Happy birthday, Liz! But as I’ve come to learn, a few seconds later, a certain realization will strike and you’ll add: Oh wait, today? Oh. Ohhhhhhhh….wow. Wow. Okay. Wow.

I’ve had five years to get used to it and I’m still not used to it. I don’t know if I ever will be.

When you have a 9/11 birthday, especially in New York City, there is no chance of escaping discussion about The Day and what you were doing on The Day and how it feels to have a birthday on The Day.

September 11th…oh, you don’t say? Your boss’ sister-in-law too? What are the chances?

Of course losing “my day” is wholly insignificant in comparison with what other people lost on that day. To complain about it seems selfish. Trivial. Stupid. But I can’t help but reflect on my own feelings about it.

I always looked forward to my birthdays, even as an adult when it no longer meant pancakes for dinner or trips to Rye Playland. I never dreaded aging, never mourned passage of another year. And so, I celebrated September 11 with gusto–days off from work; personal spa days; six long restaurant tables pushed together to accommodate too many drunken friends. And a cake. Always a cake. With no fruit in it, just the way I like it.

I groused that I was in possession of an American Airlines ticket, JFK to LAX, on my birthday five years ago. I didn’t want to fly across the coast for a meeting, despite the promise of celebratory cocktails with coworkers on the other side. Didn’t my clients know it was MY day? Shouldn’t I be excused from work on MY day?

The answer was a resounding no.

And so, I packed my bag that morning, received a few birthday phone calls from family, and dashed out for a last minute bagel to eat on the plane, all while gazing up at that glorious, perfect, cloudless blue sky.

Then the world fell apart.

The small terrace off my tenth floor Greenwich Village apartment until that day had been my happy place. It opened from my bedroom with two exquisite if unfortunately painted French doors, and if at my urging you dared to lean far enough over the Christopher Street side railing, I would joke, “look! River view!” The perimeter was uneven and jagged, with odd patches of matted astroturf poking out from the blacktop, and a drain hole that clogged with potting soil and the discarded Camels of an inconsiderate neighbor with the next terrace up. Once, I gathered a dozen of those cigarette butts in a baggie, and marched them up to his apartment. I sprinkled that pile of disgusting, moldy, yellowed butts across his welcome mat alongside a handwritten note: I think you left these at my place.

Laughably narrow, my terrace could host myself and one friend comfortably, two if we all turned sideways in our chairs, perhaps four if we gave up our chairs altogether and leaned along the rusted, rickety railing. It was on that balcony I planted indigo Lobelia in early Spring, watching it crisp from sun and inattention by July. It was there I sunbathed alone with the Times crossword on Sunday mornings, enjoying the rare weekend off from work. It was there I toasted sunsets with friends, made out with The Wrong Men, read and wrote and dreamed and fabricated stories about the people living behind the brownstone windows below.

Then in 2001 the terrace became the place where I watched black smoke billow from the jagged gashes in those towers I had loved. Where I fielded phone calls from friends and family who must have hit redial a hundred times each to get a line through to New York. Where I stupidly set up a telescope to watch “the rescue mission,” only to instead find shadowy figures waving frantically from behind windows they’d never see the other side of. And where, finally, I saw those towers crumble to the ground. Just crumble. With no advance warning from a newscaster, no heads up, no hey Liz, you might want to sort of close your eyes because here comes the scary part.

Shut the doors, she told me. Get off the terrace and shut the doors and put a rolled up wet towel under the doors, NOW. You don’t know what’s in that smoke.

And that’s when I lost it.

There’s more I could write about, about the days that ensued–the warzone my neighborhood became, the random people sobbing in the street, the haze of acrid holocaust smoke that hovered in the air for months, the bomb threats, the subway evacuations, the way we all slept with our sneakers on and a bag packed next to the bed on so we could escape at a moment’s notice. But it’s depressing me. And I’m supposed to be happy. Remember, my birthday? Happy birthday to me. Yippee.

My father offered to make his way down from midtown to my apartment on foot to celebrate my birthday that night. Of course I refused; his offer alone was gift enough.

2002 was too soon to do anything too celebratory. It seemed disrespectful. Like dancing on someone’s grave.

But in 2003 I tried to follow the advice of friends: It’s time. Don’t watch the news. Don’t look at the paper. Just try to enjoy the day and enjoy your birthday again.

And so I tried.

I had invited a dozen friends to dinner at a local restaurant. They all seemed genuinely happy to be there, away from the television, away from the makeshift memorials on the sidewalks outside. But while my guests downed bottles of Pinot Noir, I was getting familiar with the grooves of the bathroom floor tiles that punched into my knees, as I hunched, sweaty and shaking, over a toilet and dry heaved all the food I never ate that day. When finally I made my way back into the dining room, I managed a weak grin in the direction of the table of gay men next to us who cheered, you go girl! You take back that birthday! Whoo! But deep down, I just couldn’t. I regretted the plans, my optimism, my desire to host and smile and entertain and open gifts and pretend like everything was just hunky-dory. It felt wrong.

And that’s when I stopped celebrating. At least in any way that bore resemblance to years past.

I make work appointments now. I schedule phone calls. I try not to think in advance about the fact that it’s my birthday. The anxiety provoked by the possibility of having anxiety about it stops me. A small dinner with family is as much as I can handle–no one to have to apologize profusely to on the chance that the shakiness comes back and I cancel en route to the restaurant.

But each year I get just a little stronger. Just a little more able to face the day. And each year–gratuitious ratings-grabbing tv “news” tributes not withstanding–things get more normal too.

The dozens of cards and calls and emails I received a few years back have whittled back down to a number closer to the pre-2001 days. The people who would “never forget that birthday again” have, indeed, forgotten. And I find absolute joy in that. It seems to me that as people resume their lives, they no longer need to send me birthday wishes as a way to inject a small bit of happiness into their days. The happiness is there on its own. In fact, one of the things I most look forward to is a friend who to this day wishes me happy birthday on the 12th. She has done so ever since she met me, and she still does so now. And the best part is, it’s absolutely unintentional. She just can’t remember 9/11.

God, I love that.

So tonight, it’s the low key dinner with Nate and my dad at the best little old school Italian restaurant in midtown. It’s the kind frequented by less by hipsters and more by bluehaired Ladies Who Lunch, the ones who still remember the days that they used to see Jackie O there sipping Perrier after a morning plundering Bloomingdale’s. It’s also the home of the best fettucini alfredo this side of the Colliseum and lord, if you can’t eat that stuff on your birthday, when can you?

Knowing there’s no fruit in that cake, I will be happy.