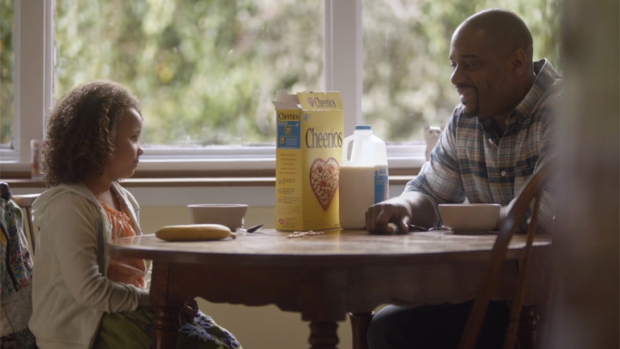 It’s not often that a mom gets the privilege of spending an entire weekend learning from 250 dads. Not just 250 random dads, but 250 dads who deeply care about their role as fathers. Dads who are proud to trade diaper disaster stories, share tough confessions about their own fathers’ missteps, roll their eyes at Mr. Mom references, hug other dads who are having a hard time, debate introspectively about how best to write about their families without hurting them, and tear up discussing their abiding love for their children–all between ribbing each other about misplaced NFL allegiances and bourbon hangovers, New Orleans Style.

In other words, they’re still dudes.

I even saw one guy call another guy a dick, in the nicest possible, shoulder chucking, we’re-still-buddies-right? way.

Speaking at the Dad 2.0 Summit this past week, I felt lucky to be welcomed in as an XX fly on that XY wall and really witness where I believe–I hope–fatherhood in America is headed. Because as I’ve said, the more involved fathers become in the raising of our children, and the more society supports them with things like paid paternity leave and flex-time jobs, the more it benefits mothers, too.

It’s an interesting irony that the conference took place over Super Bowl weekend, when some of the most stereotypically awful portrayals of fathers frequently light up our screens. And yet, last night,  in some of the best Super Bowl ads of 2014, I saw examples of fathers depicted positively. Lovingly.

They were just like so many of the dads I talked to this past weekend.

It still surprises me when I’m in a meeting with a marketer–or an advertising creative–who still wants to cling to this notion that a father’s role is simply bringing home the bacon, eat too much of the bacon, then make bacon fart jokes about it with his kids. If he’s even taking the time to have breakfast with them at all. I may be speaking from a little bubble-wrapped enclave of wild optimism (and it wouldn’t be the first time) but those times they are a-changed.

And what hasn’t changed, is going to more and more each year. I believe it with all my heart.

So it’s time, brands. It’s time that more advertisers take the lead of brands like Cheerios (shown above), Hyundai, and conference sponsor Dove Men and step right up and show the world just what fatherhood really looks like today.

I mean, when 73% of dads feel falsely depicted in advertising, we have a problem, Madison Avenue.

Now I do wonder how much of the problem has to do with moms perpetuating the stereotypes: My husband is terrible at doing the dishes. He gave the kids donuts for dinner. He keeps asking me where the kids keep their ballet leotards. He never remembers what time soccer practice starts. I’ve been guilty of it too. It’s an easy laugh.

Write a Facebook update about your husband’s boxers on the floor right in front of the hamper and see how fast you get likes.

So maybe we need to take responsibility for changing the conversation too.

The guys who put themselves out there to write about it? They are pioneers.

And no they don’t get a big pat on back or some shiny medal for being involved, engaged, self-aware, and thoughtful with their kids; that’s just parenting.

The cool thing is, these fathers would be the first to tell you that.