There is just no way that you can have many fabulous celebrity experiences to chronicle in your blog when your entire trip to LA is divided between your hotel room and your office. The last trip–a few fun things to talk about. This one, not so much.

Unless I were to come back to my room and find Ed Norton passed out in my bed, or go to work and discover Lil’ Kim wandering the halls looking for the IT guy, celebrity sightings were not to be in the cards this trip. I even looked out my car window at every red light, just hoping to catch a glimpse of some wonderfully arcane C-lister to tell you all about. But no. With all due respect to Wayman Tisdale, former NBA star who performed hits off his album Hang Time at the Beverly Center Apple Store while I paid for my webcam, but I can’t really count that as celebrity contact. 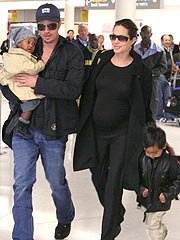 Didn’t run into them at the Ivy and trade diaper rash tips. 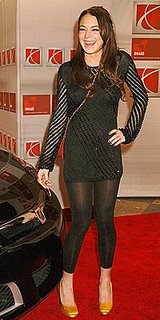 Didn’t see her in a coffee shop, and sneak some full-fat milk into her latte. 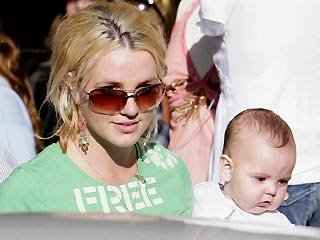 Didn’t run into her at a Fairfax district Kabbalah
meeting, pull her aside and say, “girlfriend, we need to have a
serious talk about this Kevin fellow…”

Okay, well there was sort of one bit of celeb contact.

(Here’s the part where I namedrop all these names you don’t know, and provide links so that you can click on and go, ohhhhh THAT guy…and then make a comment about how much you like him and I’ll never know the difference.)

Nate and I did manage to sneak away for one night of adult entertainment, and hit an amazing alternative comedy show with like every darkly funny comic I love, short of Marc Maron. If you do not yet know these men, let’s just say if you ever thought I was funny, you will not once you get to know their stuff. Louis CK brought the house down as always. Dana Gould made me develop just a little crush on him, because as much as I think I’m over them, I still have a thing for funny men on antidepressants (see also, Marc Maron). And the “band” Naked Trucker (coming soon to Comedy Central) featuring Don Koechner from Anchorman, was as funny as they were naked. Maybe a little more funny than naked. But only because one guy did wear a Union Jack around his waist. Bob Odenkirk, Nate’s boyfriend, wasn’t the highlight we hoped for, but he did render his biggest fan speechless for a few moments when we saw him in the hall before the show.

(Now you’re like, Mom101, SHUT UP, none of this is celebrity contact. It’s a SHOW. I mean, I saw Robert Guillaume play Mungojerry in the traveling tour of Cats and and you didn’t see me go bragging about it on my blog. And I’m like, whoa, chill for a second. Have some coffee. Did I say I was done here?)

Between sets, I touched Patton Oswalt’s back trying to squeeze through the crowd on the way to the loo.

{Comments Off on The Many L.A. Celebrity Sightings of Mom101: A Vast Overpromise}