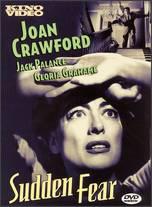 There are quite a few pregnancy maladies I conveniently expunged from memory over the past fifteen months–nosebleeds, breakouts, the need to burp every 16 seconds on the dot. But the one that has snuck up on me in the worst way is the one I think of as the 3 AM Crazies.

I know that every pregnant or formerly pregnant woman out there is wincing in vigorous empathy right now.

Sometimes it strikes at 2 AM, sometimes 4. But the idea is the same: You wake up crazy.

I have written about it before as Midnight Brain, but I assure you when the subject is with child, Midnight Brain is to the 3 AM Crazies as a paper cut is to the Plague.

Conception has the uncanny ability to fill your head with an absurd number of worries, many having nothing to do with the pregnancy, let alone reality. You walk through your day fairly convinced you will be hit by a plummeting air conditioner or bitten by a stray boa constrictor on the A train. Logic? Pshaw. You are a woman. A woman with instincts. And when your instincts tell you that that bit of flatulence you’re experiencing is stomach cancer, well off to Web MD it is to confirm your suspicions.

Of course you learn to keep your mouth shut about all of your ideas, lest your partner start making that finger circling around the ear sign when you’re not looking, and talking about you behind your back. Which you know he’s already doing anyway. He’s totally talking about you. All the time. About how crazy and paranoid and hormonal you are. Asshole. Because even if you are, how dare he talk about it! How dare he even think it. He will pay for this later.

No, you can only talk about this with other women. They will understand. Even if they do think you’re crazy and tell you to relax and eat that blue-veined cheese and drink that caffeinated beverage. Still, they understand.

Then, they haven’t been in your head at 3AM.

The minor panics you experience under the relative safety of daylight cannot hold a candle to what goes on in your pregnant mind when you wake up in the middle of the night. Full bladder? Must be a UTI. Hallway clock ticking? It’s a bomb. Flatulence? Oh my God it’s the baby, what’swrongwiththebabythebabythebabyTHEBABY AAAAAAAAHHHHHH!

In fact I think that the smaller the problem in real life, the greater chance of it keeping you hostage all night, during which you stare unblinkingly at the bedroom ceiling until the sound of the garbage trucks making early-morning rounds starts vibrating your walls.

(Which could also be the sound of someone trying to break into your home, by the way.)

Now this is to say nothing of any real concerns, should you have them: Marital (or pre-marital, ahem) squabbles, aches and pains, workplace stress, a miserably constipated toddler, a cross-country move, a delivery date coinciding with the vacation plans of every single family member. If you wake up thinking about any of these actual issues, you might as well get out of bed and turn on the 3 AM movie on TNT because you’re not going back to sleep that night. You’re not going back to sleep for four days.

I’m convinced the 3 AM crazies are simply part of nature’s brilliantly evil plan for preparing us for the sleeplessness that accompanies early motherhood. However, shouldn’t those of us on number two (or four or seven) get a little break here? A free pass for having already been more than amply prepared?

I don’t want to wake up convinced that the ingrown hair on my calf is a tick bite. (A DEADLY tick, from a species only found in West Africa that’s just migrated here in the luggage of an illegal immigrant who happened to wander into Brooklyn Heights on his way from the airport, stopping under my window just long enough for the tick to hop onto the sidewalk then crawl up the exterior building wall and into the cracked window of my bedroom.) I don’t want to wake up at all for the next 6 or so months.

I just want to get some sleep.